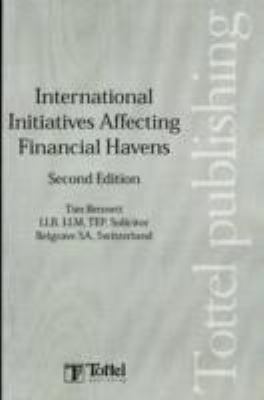 This work brings together an analysis of the recent reports that have been published by various international bodies regarding offshore centres: The Edwards Report, KPMG Report, UK White Paper, G7 Financial Action Task Force, G7 Financial Stability Forum, United Nations initiatives and OECD Harmful Tax Competition. The key themes in this work are: Regulatory versus tax initiatives Is foreign tax evasion a money laundering offence?Written by an experienced international practitioner and a member of the Editorial Board of the Offshore Service, this work is completely unique in giving an extensive overview of the entire subject. Practising lawyers, tax firms, trusts, wealth planners, regulators and all businesses that transact through the jurisdictions will find this publication to be an invaluable point of reference.Bennett, Clinton is the author of 'International Initiatives Affecting Tax Havens' with ISBN 9781845927677 and ISBN 1845927672.