Guinness The Story of the World's Greatest Beer 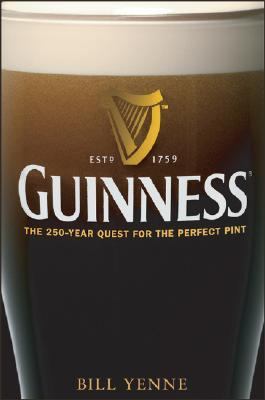 A perfectly poured history of the world's greatest beer. "Joseph Conrad was wrong. The real journey into the Heart of Darkness is recounted within the pages of Bill Yenne's fine book. Guinness (the beer) is a touchstone for brewers and beer lovers the world over. Guinness (the book) gives beer enthusiasts all the information and education necessary to take beer culture out of the clutches of light lagers and back into the dark ages. Cheers!" - Sam Calagione, owner, Dogfish Head Craft Brewery and author of Brewing Up a Business, Extreme Brewing, and Beer or Wine? "Marvelous! As Bill Yenne embarks on his epic quest for the perfect pint, he takes us along on a magical tour into the depths of all things Guinness. Interweaving the tales of the world's greatest beer and the nation that spawned it, Yenne introduces us to a cast of characters worthy of a dozen novels, a brewery literally dripping with history, and-of course-the one-and-only way to properly pour a pint. You can taste the stout porter on every page." - Dan Roam, author of The Back of the Napkin: Solving Problems and Selling Ideas with PicturesYenne, Bill is the author of 'Guinness The Story of the World's Greatest Beer', published 2007 under ISBN 9780470120521 and ISBN 0470120525.