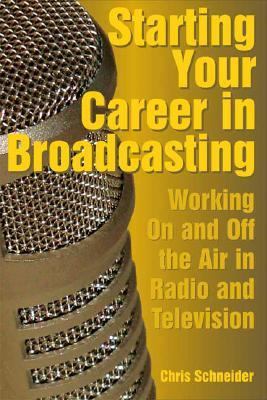 This is a guide to starting and maintaining a successful career in the broadcasting industry - be it on TV or radio. Some of the world's top broadcast personalities share the stories of how they broke into the business, the sometimes hilarious mistakes they have made along the way, and how they have reached the top of their profession.Schneider, Chris is the author of 'Starting Your Career in Broadcasting Working on and Off the Air in Radio and Television', published 2007 under ISBN 9781581154894 and ISBN 1581154895.