End of Prosperity: The American Economy in the 1970's 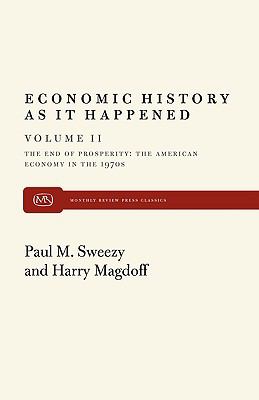 This is the second in the series of four collections of essays in which Paul M. Sweezy and Harry Magdoff, the editors of Monthly Review, set out as it took place the development of U.S. and global capitalism from the late 1960s to the "financial explosion" age of the early 1990s and after. This second set of essays constitute in their totality a probing analysis of the condition of the United States economy in the 1970s, immediately after the end of the "golden age" of capitalism. The authors concluded, correctly, that a new period had begun-"one of sluggish capitalist accumulation and unemployment in the advanced capitalist countries on a scale not seen since the 1930s."Magdoff, Harry is the author of 'End of Prosperity: The American Economy in the 1970's' with ISBN 9780853454229 and ISBN 0853454221.